The impact of misclassifying deaths in evaluating vaccine safety: the same statistical illusion

In a previous post we showed that if there was a one-week delay in reporting deaths then a vaccine that was a placebo would be seen to have a decreased mortality rate for the vaccinated compared to the unvaccinated. In other words, an illusion of effectiveness is created by the one-week delay in reporting. This is shown in Figure 1 with our hypothetical example comparing the correct figures to the reported figures based on a one-week delay. The example assumes that in this population of 10 million people there is a (constant) weekly mortality rate of 50 deaths per 100,000 people. Each week the population reduces by the number of deaths the previous week. All death numbers (which are simply the relevant population multiplied by 50/100000) are rounded to whole numbers. 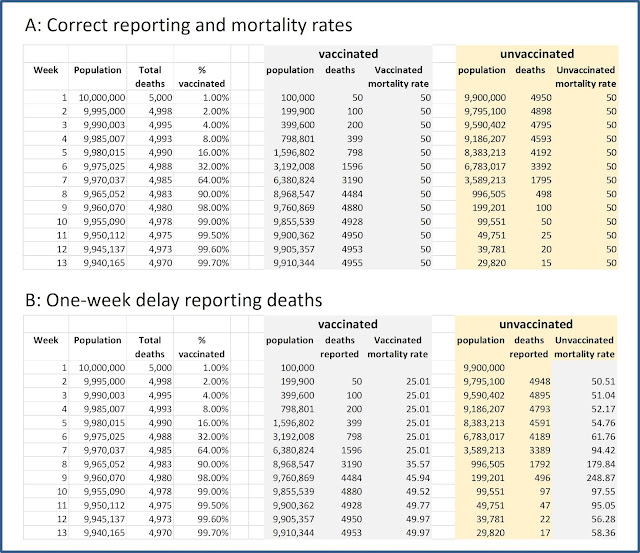 Figure 1: Hypothetical example of a placebo vaccine introduced into a population. A) shows correct results; B) shows results reported if there isa one-week delay in reporting deaths

It turns out that, under the same hypothetical assumptions, the same results arise if, instead of a one-week delay in death reporting there is a misclassification of newly vaccinated deaths; specifically, any death of a person occurring in the same week as the person is vaccinated is treated as an unvaccinated, rather than vaccinated, death.

A proof of why the results are equivalent (except for week 1) is provided below.

The plot resulting from either reporting error is shown in Figure 2. 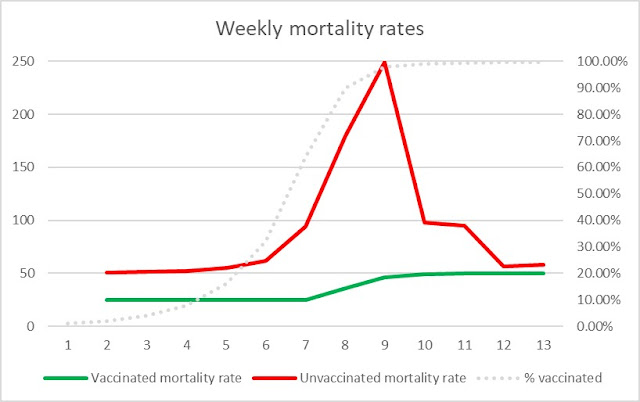 It shows the apparently clear life-saving benefit of the ‘vaccine’.

But there is an obvious indication that these results are not real. If they were, why would the mortality rate in the unvaccinated peak at about the same time as the vaccine programme reaches its peak? 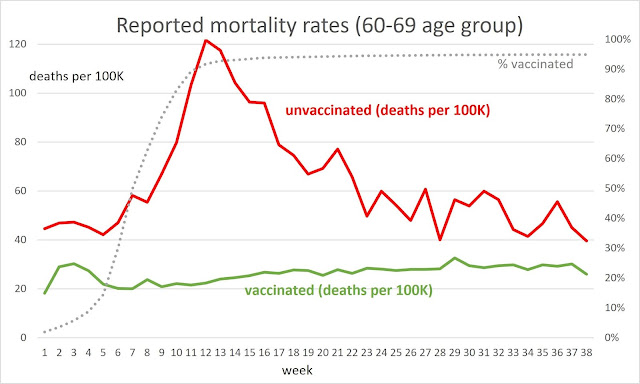 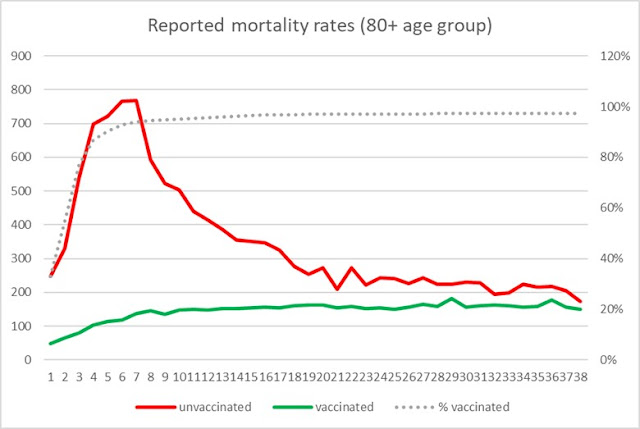 Why are the theoretical results important? Because they at least partly explain how the strange observed ONS results could occur even if the mortality rate of the vaccinated was the same (or even higher) than that of the unvaccinated. While it seems that deaths in the ONS report are being reported by date of death (hence are not delayed), newly vaccinated deaths are being classified as unvaccinated. Indeed, it is likely that any death within the first 14 days of vaccination may be classified as unvaccinated.

Moreover, as we will explain in the full analysis that we are currenly preparing, the ONS data provides other clues that suggest different types of errors in reporting. For example, even at the end of the reporting period (when errors such as death misclassification should be minimal and indeed the plots converge) the non-covid mortality rate for the vaccinated is still consistently lower than that of the unvaccinated. This suggests that the proportion of unvaccinated must be systematically underestimated.

Proof that, for a population with constant weekly mortality rate, a one-week delay in reporting deaths is equivalent to misclassifying newly vaccinated deaths.

We are assuming that every person who dies in the same week that hey are vaccinated is classified as unvaccinated. Before providing the formal proof, Table 2 provides an informal explanation