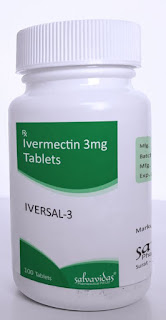 A recent peer reviewed meta-analysis evaluating ivermectin (Bryant et al) concluded that this cheap antiparasitic drug is an effective treatment for reducing Covid-19 deaths. These conclusions were in stark contrast to those of a later study (Roman et al). Although (Roman et al) applied the same classical statistical approach to meta-analysis, and produced similar results based on a subset of the same randomized controlled trials data used by (Bryant et al), they claimed there was insufficient quality of evidence to support the conclusion Ivermectin was effective. But their conclusion is based on a subjective (and possibly biased) assessment ot the 'quality' of the trials; moreover, they wrongly concluded 'no effect' from what was merely weaker evidence of a positive effect.

Bryant and Roman provide very similar estimates for the RR: Bryant reports 0.38, while Roman reports 0.37, which seems to mean both agree that ivermectin is effective. However, because the statistics can only provide uncertain estimates of the true death rates, the RR is also presented with upper and lower “confidence interval” bounds – typically 95%.

The Roman study uses fewer data and (as is common in such situations) arrives at wider confidence bounds: 0.12 to 1.13 compared to bounds of 0.19 to 0.73 in Bryant.

Most people assume this means there is a 95% chance the RR lies between the reported upper and lower bounds. But it does not. It relies on a complex notion of what would be observed in multiple theoretical repeated trials.

A new analysis applies an alternative to the classical approach - namely a Bayesian approach - to a subset of the same trial data used in the studies (a summary version of this analysis is to appear in the September issue of American Journal of Therapeutics). It tests several causal hypotheses linking Covid-19 severity and ivermectin to mortality. Applying diverse alternative analysis methods which reach the same conclusions should increase overall confidence in the result.

The paper show that there is strong evidence to support a causal link between ivermectin, Covid-19 severity and mortality, and:

i) for severe Covid-19 there is a 90.7% probability the risk ratio favours ivermectin;

ii) for mild/moderate Covid-19 there is an 84.1% probability the risk ratio favours ivermectin.

Since the first version of the Bayesian analysis was reported in early July, some concerns have been raised about the veracity of some of the studies, notably that of Elgazzar. While some have noted that these concerns may be based on Western elitism (the studies criticized all come from Africa and Asia), the revised version of the paper nevertheless addresses the concerns. Specifically, it evaluates the sensitivity of the conclusions to any single study by removing one study at a time. In the worst case, where Elgazzar  is removed, the results remain robust, for both severe and mild to moderate Covid-19.

The paper also highlights advantages of using Bayesian methods over classical statistical methods for meta-analysis. But it should be noted that all studies included in the analysis were prior to data on the delta variant.

(NOTE: there is an error in the Appendix page 11. The  Binomial formula combinatorial term has pi when it should be xi)

Postscript: As with previous papers that 'challenge' the main stream Covid-19 narrative, the paper was not accepted on medRxiv. The explanation (see below) is curious given that the whole point of a preprint server is to publish unreviewed work (and they normally automatically accept anything within scope):